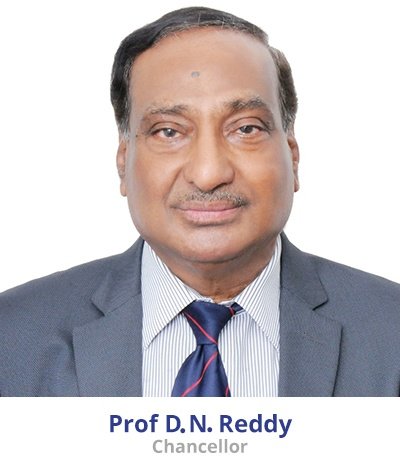 Prof. D.N. Reddy is an Eminent Academician and well known in the Country. He had a destination of giving direction to JNT University, Hyderabad as Vice Chancellor and contributed towards in Higher and Technical Education in the Country. He has also held several positions in Osmania University in various levels as Incharge Vice-Chancellor, Principal, Dean – Engineering and he was responsible for career growth of Scientists as Chairman RAC, DRDO, Ministry of Defence for nearly 8000 scientists in 52 laboratories across the country. He also served as member of University Grants Commission and National Board of Accreditation as Chairman Appellate Committee. He has Professional association with many Industries R&D Laboratories in the country. He is the member of several professional societies in National and International Institutions. Presently he is Director of Dr.C.R.Rao Institute for Advanced Mathematics, Statistics and Computer Science in University of Hyderabad Campus and contributed immensely for National Security of the Country.